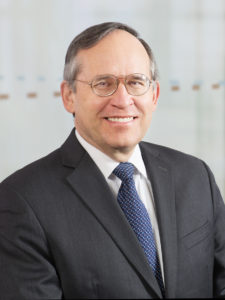 The world was different in 2004.  George W. Bush was President, FATCA was a typographical error, and STEP had two branches in the United States, New York and Miami, with a total of fewer than 60 members.  I was then the Chair of STEP New York, working together with Vice Chairs Gideon Rothschild and Stan Barg.  I had recently been asked by Michael Cadesky of STEP Worldwide to become the Chair of STEP USA, which was itself a bit of a stretch since there were hardly enough members to warrant such a grand title.  Gideon, Stan, Michael and I were all trying to think of ways to put STEP on the map in New York and around the United States.

An idea came to mind – a conference!  Although there were plenty of conferences in the U.S. on domestic estate planning, there were very few that dealt with cross-border estate planning issues, which was the focus of STEP.  A conference would allow us to gauge the level of interest in international estate planning and raise the visibility of STEP in the United States.

Because this was such a significant undertaking for what was then a modest organization, it made sense to present the conference jointly with another professional group.  Since I was also the former Chair of the New York State Bar Association Trusts & Estates Law Section, I spoke to some of my NYSBA colleagues about the idea, and got positive feedback.  Thus a partnership was formed which has endured to this day.

We had spaces for 100 people and had no idea how many would show up.  At first registration was slow, but as the date approached and both STEP and the NYSBA saturated the internet with blast e-mails, the numbers grew.  Our final attendance was close to 125, with people sitting and standing all around the perimeter of the room.

Each of the speakers gave a 50 minute presentation on a current topic in cross-border estate planning.  The overflow audience appeared to appreciate our efforts and asked many questions.  Networking at the breaks and the cocktail reception was brisk.

So that is how it all began.  We have held the Institute every March since then, drawing top speakers and frequently over three hundred attendees from New York, around the U.S. and throughout the rest of the world.  A year or two later STEP Los Angeles, which had just been formed under the aegis of Larry Heller, started its own Pacific Rim Conference, and additional conferences in Miami and Orange County have since sprung up.  Our STEP NY Institute remains vibrant and relevant at age 14.  And STEP USA has grown to over 1,200 members in 7 branches and 8 chapters.

Thanks are due to all of the people who put in long hours preparing their presentations, to those who have administered the Institute, to the many sponsors who have supported it, and to the thousands of people who have attended over the years.

Our past, present and future… our mission and vision, our people, our brand

By continuing to use the site, you agree to the use of cookies. more information